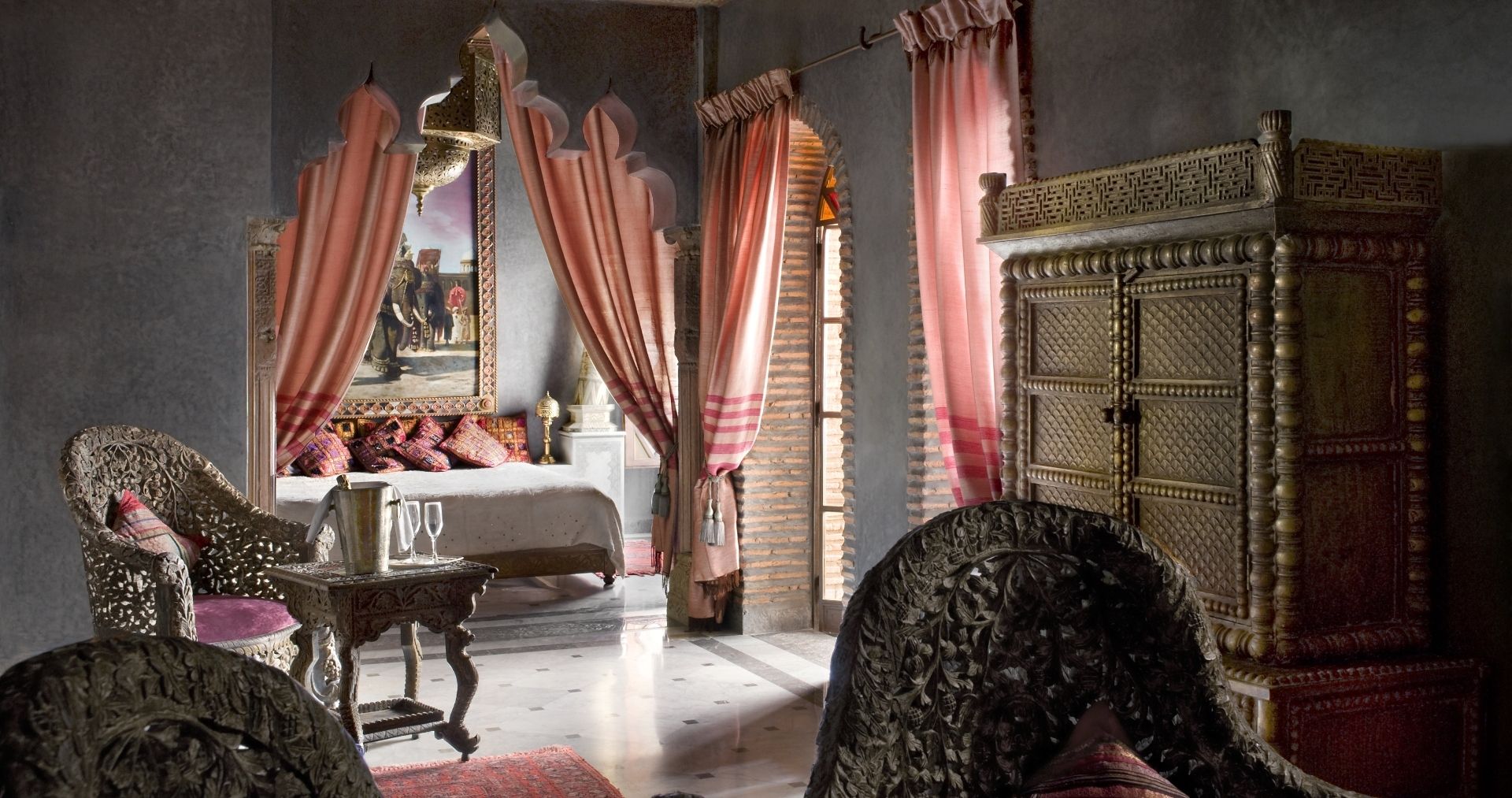 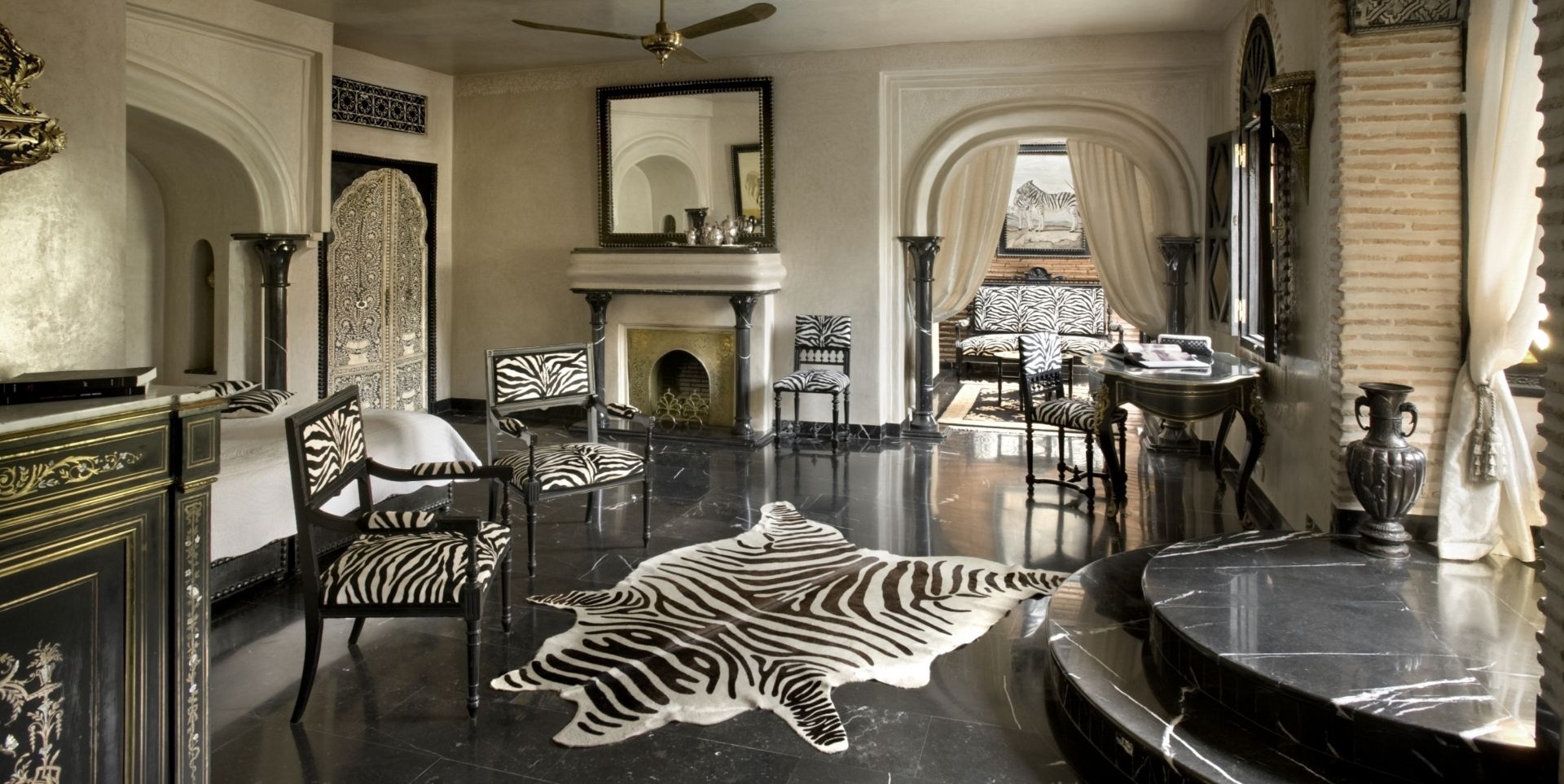 Located a 10-minute walk away from Jemaa El Fna square, the main market square of Marrakech’s old town, La Sultana hotel channels the quintessential charm of the city with its traditional Moroccan architecture and bespoke furniture. But despite its enchanting archaic ambience, this boutique hotel is also home to modern five-star facilities such as an outdoor heated swimming pool, misted solarium and in-house spa resort.

Sitting pretty in the old city district of Marrakech, La Sultana hotel finds itself surrounded by the attractions and historic buildings that make the Moroccan capital so captivating. Situated in the historical Kasbah area, just a ten-minute walk from the Jemaa El Fna Square, guests will find themselves just a short distance from the gardens and pavilions of the Royal Palace, and surrounded by streets filled with architecture created by the ancient Sultans of Morocco.

In-keeping with the surrounding area’s rich cultural heritage, La Sultana, an authentic Signature 5-star Deluxe hotel, is brimming with traditional Moroccan architecture, bespoke furniture and artwork from around the country. The boutique hotel has 28 luxurious rooms and suites, each designed with its own personal interior design, ensuring that no two visits here are the same.

As you’d expect from a hotel of La Sultana’s caliber, the hotel’s restaurant serves a five-star standard menu, bursting with traditional Moroccan flavours intertwined with contemporary international dishes. Making the most of its charming setting, the kitchen staff serves their dishes in an outdoor setting – whether it’s the homely atmosphere of the patio during the winter months, or the rooftop terrace, overlooking the spectacular sights of the city below and Atlas mountains in the distance.

The hotel also sets out to spoil its guests with its plethora of in-house activities and leisure pursuits. Visitors are invited to take a dip in the outdoor heated swimming pool, or perhaps take a cookery class with the accommodating kitchen staff. The Sultana Spa area is fitted with two hammam spas, a Jacuzzi, sauna, beauty centre, open air massage cabins, balneotherapy baths and a hairdresser.

The best times to go to Marrakech are in Spring and Autumn, when temperatures are 20°C to 25°C by day and at least 10°C by night.  November to February, offers cooler nights but similar daytime temperatures and occasional light rainfall. The weather in March and April features sporadic, light rainfall with some sandstorms in April, while June sees dusty siroccos (desert winds) sweep through the city. From mid-June to August temperatures rise into the 30s and occasionally 40s.

La Sultana Marrakech is ideally located in the old city overlooking the Saadian Tombs and is just a stone's throw from the main attractions. Jemaa El Fna square is approximately 10 minutes walk. Transfers to and from the International airport take 15 mins.

The 28 rooms and suites of the hotel are individually decorated with an elegance and style that combines sophistication with tradition. In-keeping with the riad’s intimate feel, the rooms feature antique furnishings, sculpted or high vaulted ceilings and are adorned with arts and crafts.

Prestige Room: The Prestige rooms are located in The Saadia Riad, with a view of the patio and feature bejmat and zellige bathrooms. Room size is approx. 25 to 30m2.

Deluxe Prestige Room: Located either in the Saadia Riad, the Saba Riad, the Pool Riad or the Scherazade Riad. The Deluxe Prestige Rooms differ from the Prestige rooms by the size and/or the location or view and they are either more spacious or feature richer materials such as marble bathrooms. Room size is approx. 35 to 40m2.

Junior Suite: The Junior Suites are located in the Scheherazade and Bahia Riads. Rooms are larger than Prestige and Prestige Deluxe and feature marble floors and bathrooms. The Junior Suites can accommodate one extra bed (for person up to 18 years old). Room size is approx. 40 to 45m2.

Deluxe Junior Suite: The Deluxe Junior Suites are located in the Scheherazade Riad. Larger than the Prestige and Prestige Deluxe rooms, the Junior Suite Deluxe benefits from a private balcony with a pool view and features marble floors and a bathrooms with a bath for two.  Room size is approx. 40 to 45m2.

Deluxe Suite: The Deluxe Suites are located in the Scheherazade and Bahia Riad and offer a private balcony with either a pool or patio view. The Deluxe Suites have marble floors and a bathroom with bath for two or a jacuzzi bath and the rooms can accommodate two extra beds (for persons up to 18 years old). Room size is approx. 60 to 70m2.

NB: A riad is a traditional Moroccan house with a central patio and all the windows overlook the interior rather than the outdoor as in European houses. It is therefore advised for people who seek luminosity to book the deluxe suites with private balconies.

Children are very welcome to stay at La Sultana although there are no specific childcare facilities.

La Sultana Marrakech offers guests the best of both worlds, the beauty of staying in a traditional Moroccan riad combined with facilities in-keeping with a small and intimate luxury hotel.

Some facilities and activities to enjoy as a family

Swimming Pool: The outdoor heated swimming pool features a jet stream and provides a focal point for the hotel with inviting sun loungers set on the surrounding terraces.

Other Features: The panoramic rooftop garden terraces offer breath-taking views of Koutoubia Mosque and the Saadian Tombs and provide a welcome space in which to relax, with shady corners a caidal tent and water misted solarium. La Sultana also offers guests a pool table, a library and a gym.

Shopping: The Morocco Mall in Marrakech is officially listed as the largest shopping centre in Africa and is filled with an extensive number of shops and stalls.

Golf: Marrakech is home to a number of first-class golf courses, including the Royal Golf Club, Palmeraie Golf Club and Amelkis Golf Club. Each are kept to a professional standard and promise spectacular views.

Bahia Palace: With a name meaning ‘brilliance’, Bahia Palace was constructed with the intention of being the greatest palace of all time. The magnificent palace is surrounded by two acres of gardens.

Saadian Tombs: Standing since the late sixteenth century, the tombs were built during the reign of Sultan Ahmad al-Mansur as a resting place for himself and his family. Now these beautiful and mystifying tombs are open to the public.

Souks: Anyone staying in Marrakech must pay a visit to the souk marketplaces, where you’ll find authentic craftsmanship in a variety of forms such as: carpets, spices, leather and carpentry. 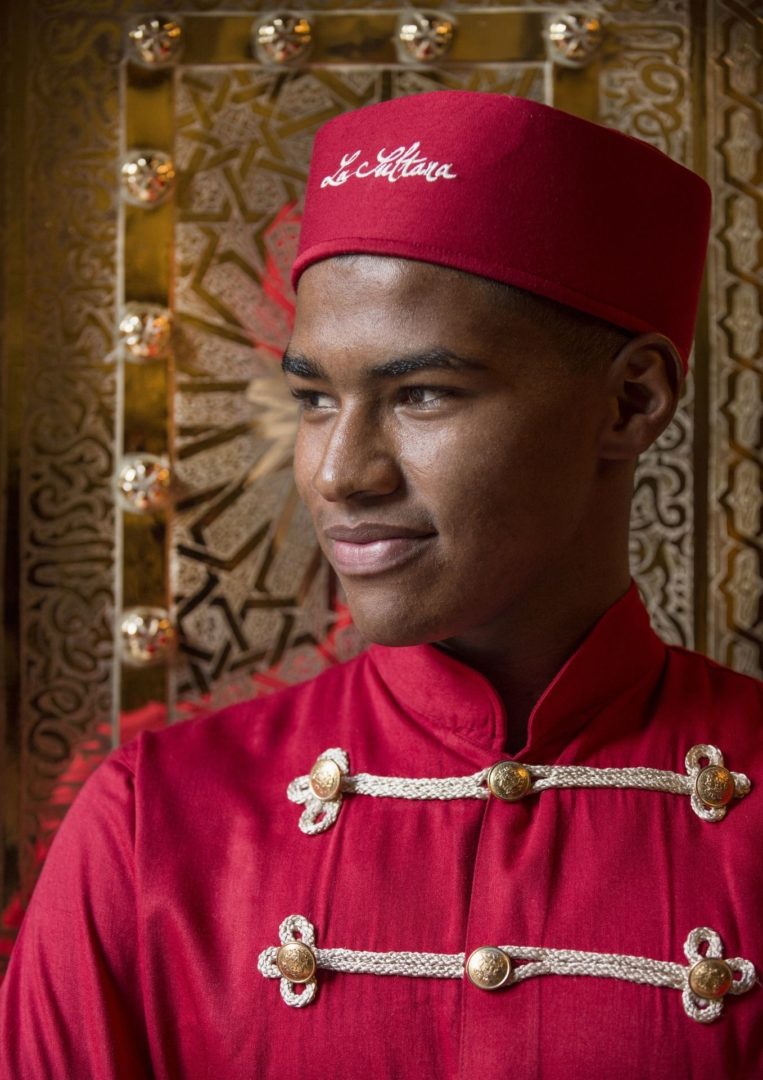 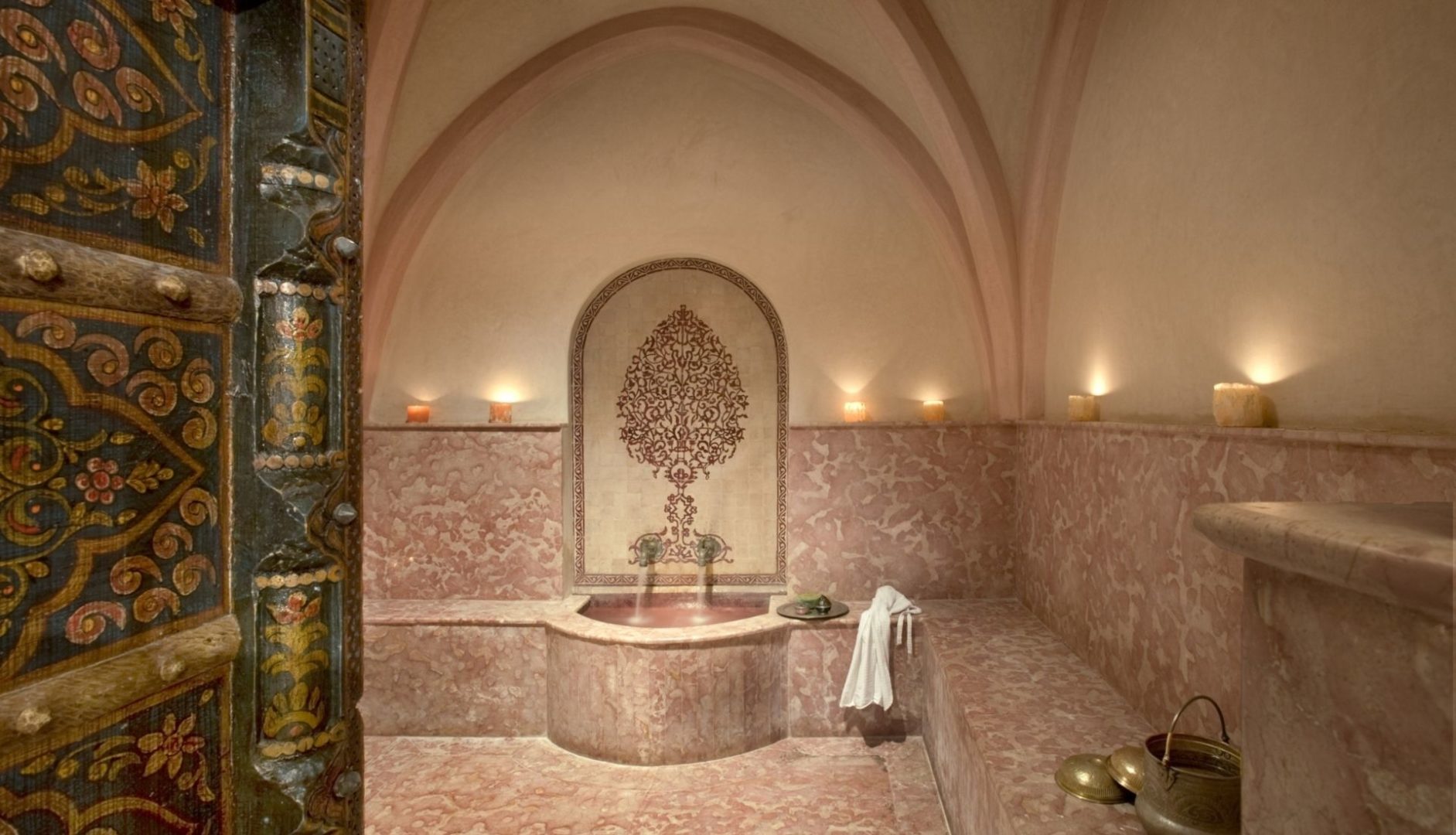 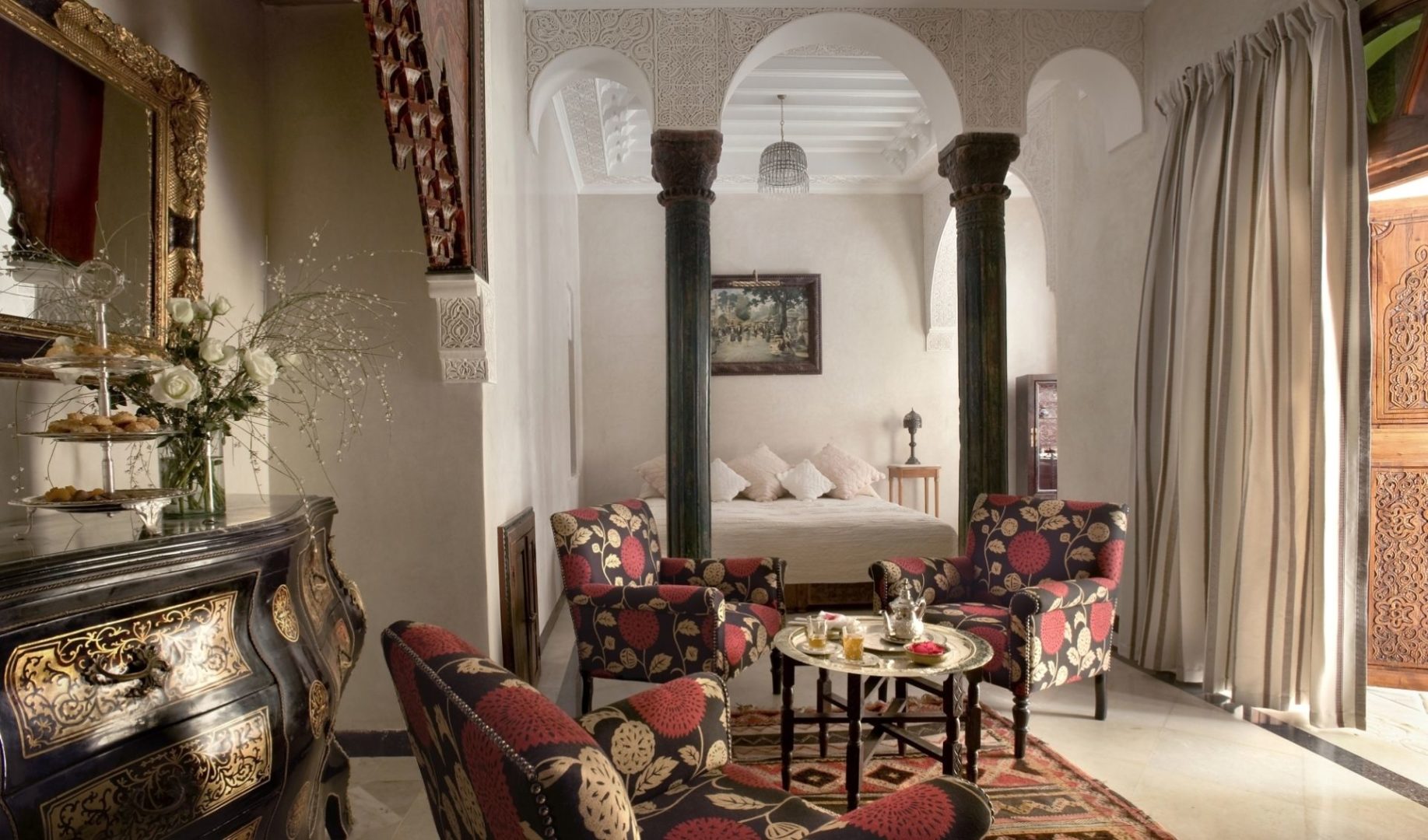