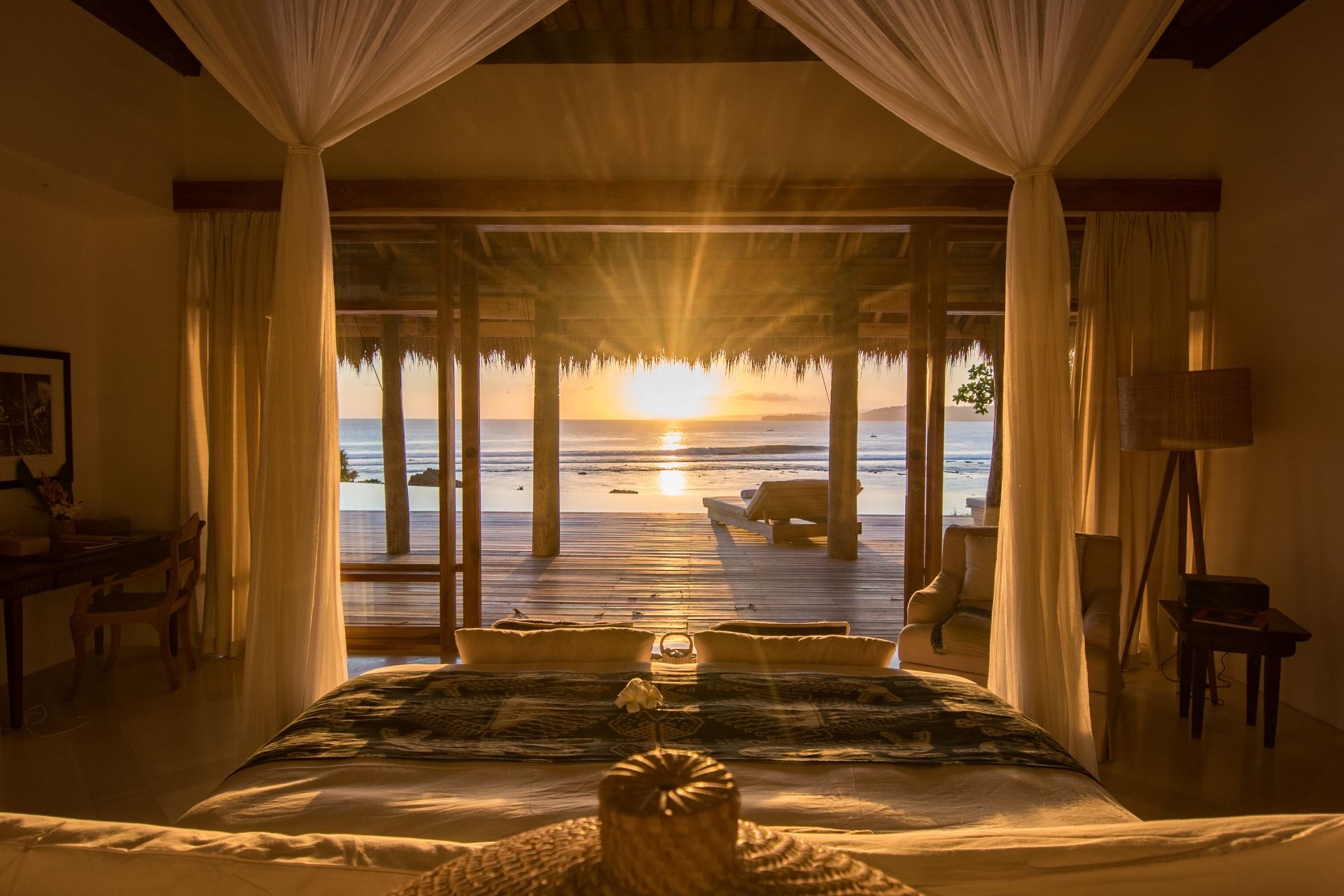 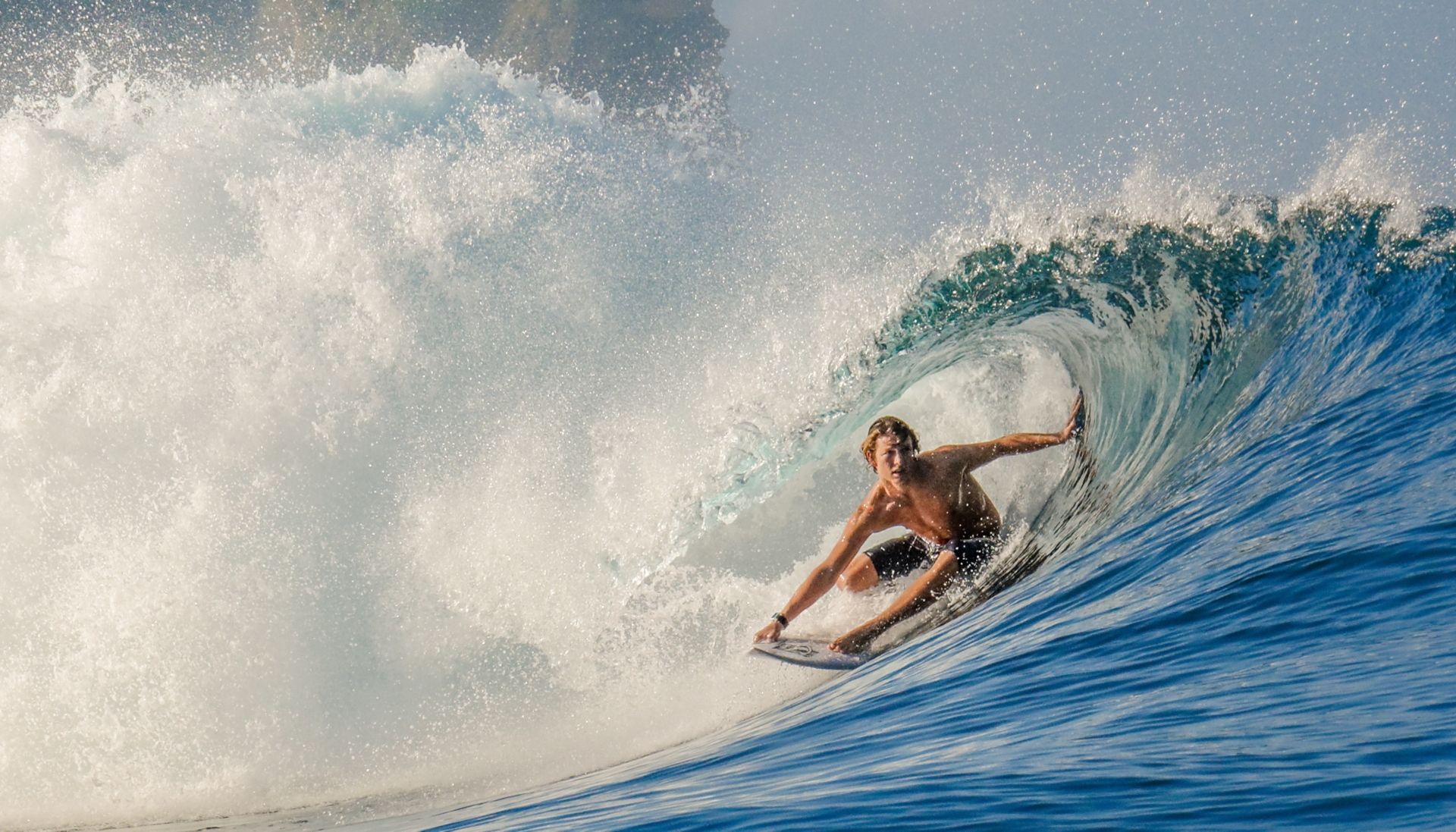 Whether you’re swimming with horses in the sea or trekking through the verdant countryside hills to reach the resort’s cliff-side spa, staying at Nihi Sumba is all about adventure and self-rediscovery. From its dreamy Sumbanese-styled villas to its stop-and-stare vistas of the Indian Ocean, this Indonesian paradise is a place made for real connection, while its Sumba Foundation is committed to providing life-changing humanitarian aid and resources to the local villages.

The humanitarian work of The Sumba Foundation, which lies at the heart of this breathtaking resort, cannot be understated. Since its establishment at the start of the millennium, it has helped to build health clinics, dramatically reduce the effects of malaria, provided local villages with clean water and thousands of children with education. Alongside these community projects, the preservation of Sumbanese tradition is also considered paramount.

The culture of this Indonesian island, an hour’s flight from Bali, runs through the heart of this stunning idyll. You’ll find it in any one of its 28 villas, each with a unique design influenced by Sumbanese architecture; some are set high in the jungle trees, ushering in widescreen panoramas of the Indian Ocean, while others are a few steps from the beach, with stone paths leading to your private plunge pool. There’s also a plethora of local flavours to be found in the delicate seafood and spectacular barbecues of the Ombak restaurant, to be devoured in the restaurant’s picturesque open-air, sandy-floored setting (the Nio beach club and Kaboku sushi bar are also great spots for lunch or a snack.)

Step down to the beach and you’ll find where this island gets its reputation as a postcard paradise. Watch pro-surfers hit the waves (the island is known worldwide for its excellent surfing conditions) over breakfast, or maybe take a lesson yourself. Then again, if surfing doesn’t float your boat, there’s a range of activities including paddle-boarding, guided spear-fishing, mountain-biking and yoga. The indigenous horse population is an emblem of Sumba, and once a day there’s the opportunity to swim with these tamed beasts in the ocean or hop on a saddle for a trip along the golden sands.

For those looking for something a little further afield, a trip to the island’s chocolate factory is an excursion as unexpected as it is delightful. While the resort’s spa safari is a signature highlight. Take-off on a 90-minute trek that takes in the lush hills, rice fields and a local village, before arriving at the cliff-side spa hub for a well-earned cold-stone massage or natural-salt body scrub. And don’t worry, there’s a car to make the trip back to the resort.

The Estates and the Resort

Tucked amongst the trees Nihi Sumba’s luxury villas represent the cutting-edge of responsible luxury. Perched above the Indian Ocean and hand-built by local craftsmen using materials indigenous to Indonesia, like Alang Alang, teak and rattan, all the villas are air-conditioned with panoramic views.

All villas are the epitome of understated luxury; featuring spacious outdoor living areas, sandy-floor bathrooms with an open air concept and private pools, with spectacular views of the azure Indian Ocean. The emphasis is on open-plan living that reflects the simplicity and beauty of Sumbanese architecture. Wherever possible, the beautiful natural surroundings are allowed to take centre stage, whether it’s the world-renowned surf break, waving coconut palms or blossoming bougainvillea.


There are four Estates: Kasambi, Lantoro, Wamoro and Raja Mendaka. These can all be broken down into separate rooms/villas but can also be booked as bigger single units for larger families/groups.

The remaining villas in the inventory are not Estates and can be booked individually as 1, 2, 3 or 4 bedroom villas or individual suites. 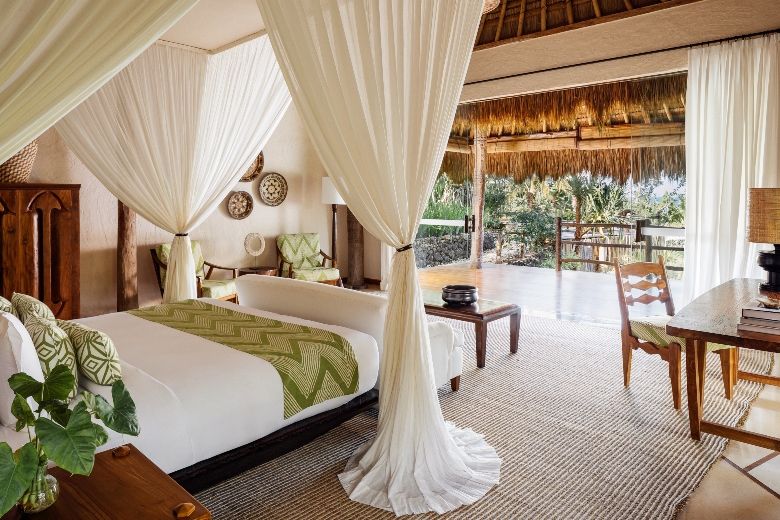 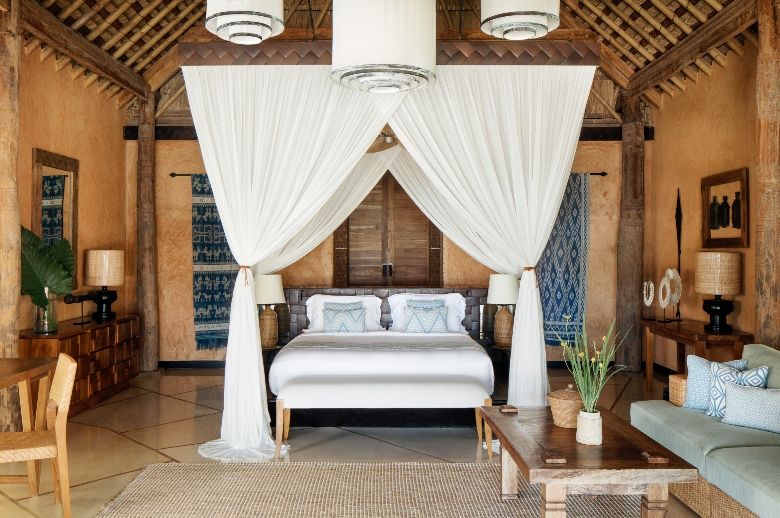 The West-facing Wamoro 2 bedroom Villa is perfect for families who also seek a little privacy during their stay, benefiting from a stepped private pathway framed between the Hibiscus and palm trees.
The two bedroomVilla (80, 16 m2) is connected by large sandy-floored gardens of Jasmine and Frangipani leading to an outdoor, beautifully crafted Sumbanese Bale with private dining area, bar, kitchen and separate bathroom and adjacent infinity pool (73.7 m2).
Two private double-storey Wamoro Suites (79.62 m2) are nestled high between the Palm and Frangipani trees with spectacular views of the ocean, with their own plunge pool each (4.55 x 3.25 m). 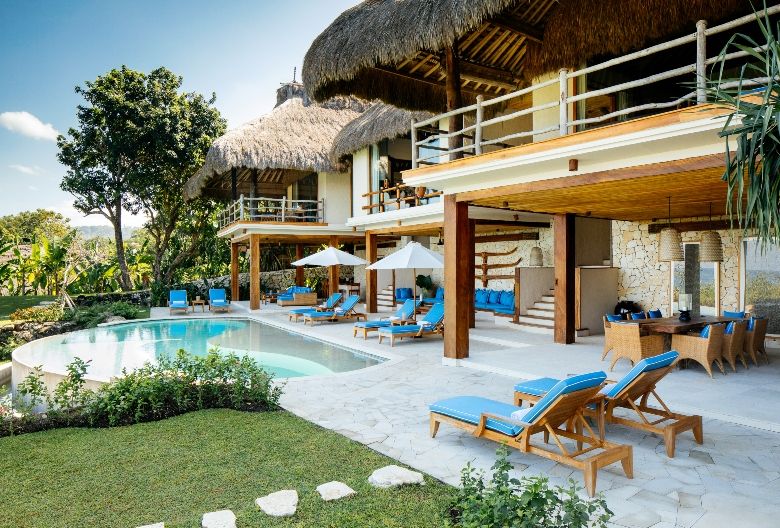 Lantoro 2 bedroom villa and the two Lantoro Suites benefit from private entrances; the estate is crested on a hill with spectacular views of the sunset.
The arrival to the main two bdroom villa has a magical feel as you pass through a beautiful sunken garden leading to the two bedrooms (79,7 m2) perched high above a large open-air poolside bar and dining area overlooking the infinity pool (82,6 m2).
Two luxurious Lantoro suites (80,4 m2) occupy a secluded location surrounded by gardens of Jasmine, Frangipani, and Palm trees, sharing a private plunge pool (3,4 x 7,4 m) with a private path leading directly down to the beach. 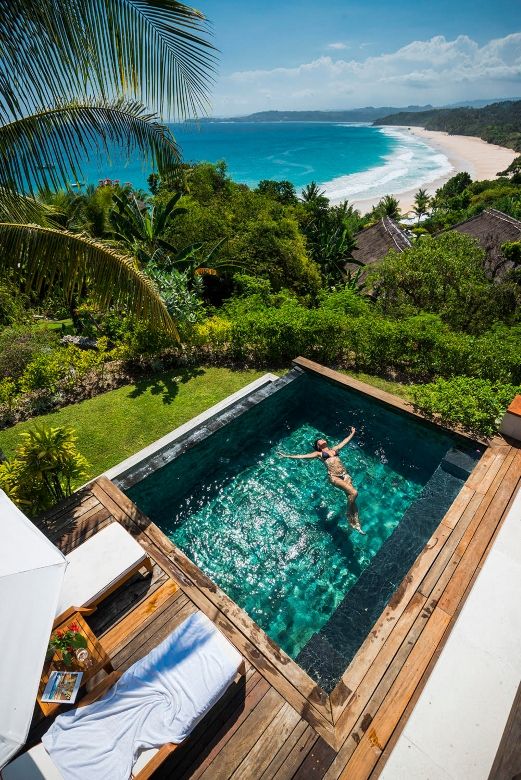 In the heart of the resort the five bedroom villa ‘Mendaka’ is nestled on the perfect contoured 7500m2 land allowing each individual bedroom to be on private different terrace with themed garden and unique features including the ‘House of Birds’, the ‘House of Waterfall’, the House of Bamboo’ and the ‘Orange Garden’. 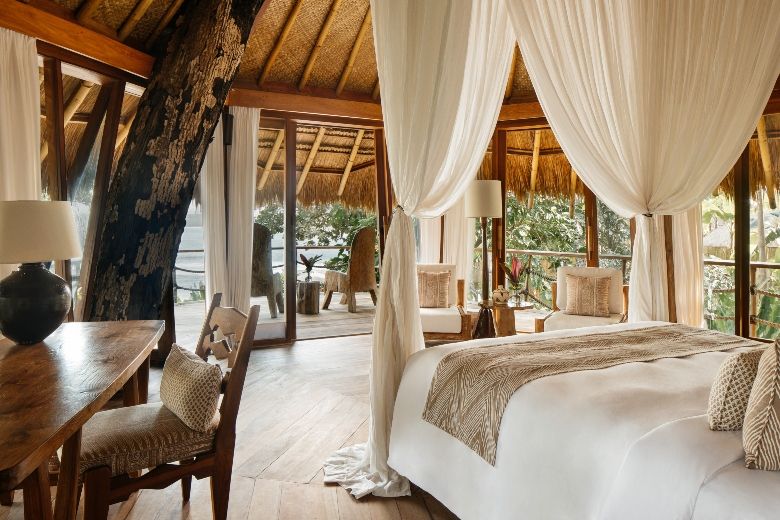 Our three-bedroom Mamole Tree House offers an enchanted feel, situated amongst the lofty trees that diffuse a gentle filtered sunlight. From the entrance, floating wooden bridges connect you to the arrival foyer and the family of three tree houses high up in the trees canopy.
Other unique features include an infinity pool leading to a lagoon pool in front of the living lounge flowing around the rocky outcrops, following the natural contours of the unspoiled natural land.
Mamole Villa (three bedrooms): West-facing master two-storey bedroom with individual bathroom, private plunge pool, deck, master living room, and kitchenette with two separate two-storey guest rooms with individual bathroom, private plunge pools, deck and living room facing to the west.
Occupancy: 3 bedroom villa for 6 guests 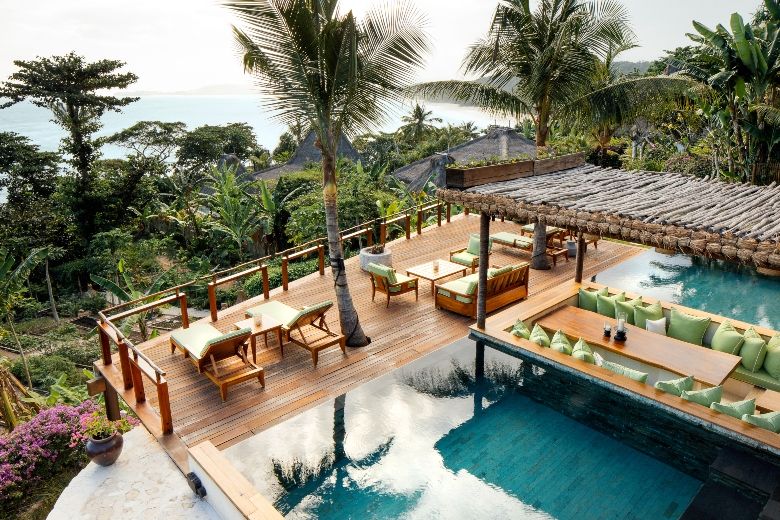 Puncak comprises of two main buildings with the first offering two bedrooms. On the entry level at the front, is a large outdoor area with a private pool (28m2) and sunken dining area. Inside the villa, a spacious bedroom (42m2) with bathroom and a study at the rear take over the ground floor. The second bedroom is accessed by a staircase and features an outdoor jungle shower and a spacious balcony with bathtub, complete with an open-air view of the Indian Ocean.
The main entertaining and dining area, kitchenette and large pool are situated between the two villas and afford high commanding views of the beach and wave, including the lush organic garden below.
The second villa features the large living room on the ground floor with the study to the back and upstairs to the second bedroom, which offers the same configuration as the first villa.
Occupancy: 3 bedroom + study villa for 6/7 guests 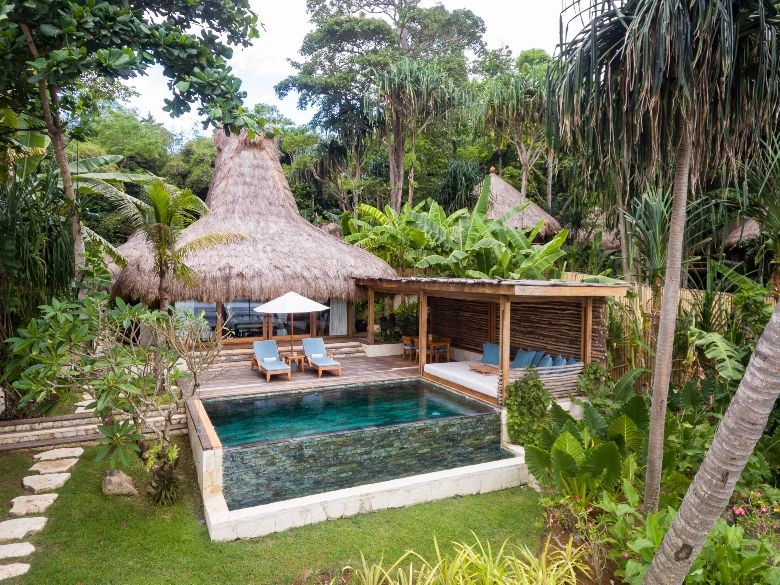 Each of these west-facing stunning Pavilions(one bedroom 48,68 m2) features a private garden leading to a private decking area, beautiful perched seaside Bale, elevated above the sea and overlooking a private pool (3,4 x 6,1 m2).
The Pavilions are traditionally Sumbanese in design with an extraordinary bed taking centre stage between four hand-carved Joglo-inspired Sumba poles. The bathroom comprises a large bathtub and outdoor shower.
Occupancy: 1 bedroom villas for 2 guests each 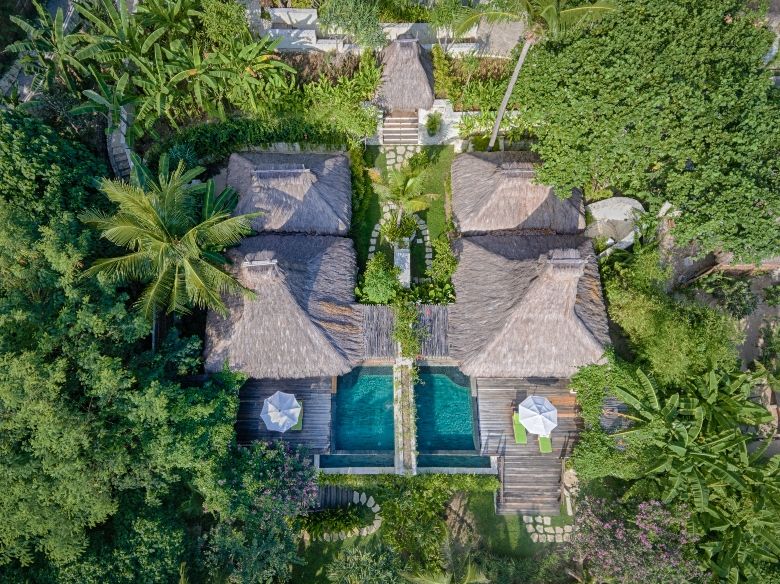 Our Lamba Wave Front Villas (one-bedroom 46,9 m2) opening in August 2014 are positioned right on the doorstep of Nihiwatu’s cult left-hand break waves offering panoramic views of the Indian Ocean and barefoot access to the beach through fragrant gardens.   Each Villa features a private plunge pool (5,6m x 3,8m), day bed and teak cabana, terrace and deck with outdoor dining to enjoy the sun illuminating the endless horizon; the cooling breeze at sunset, before heading down to the Wave front Restaurant nearby.
Occupancy: 1 bedroom villas for 2 guests each 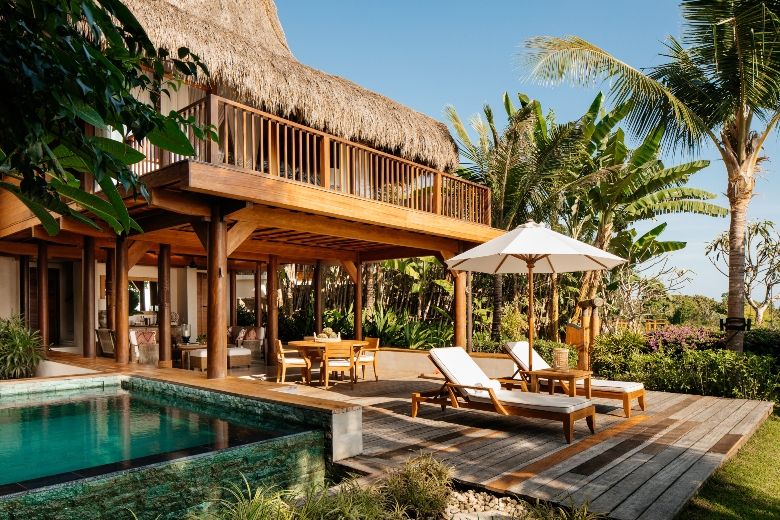 The new two-storey Kanatar Sumba Houses have taken its cues from Sumbanese architecture, with a second floor bedroom (41,46m2) opening to a platform among the trees with an outdoor elevated jungle shower and bird’s eye view.
Downstairs, the living area leads to a private infinity pool (4.5m x 4.05m) – luxurious tropical living at its best.
Occupancy: 1 bedroom + study villas for 2/3 guests each 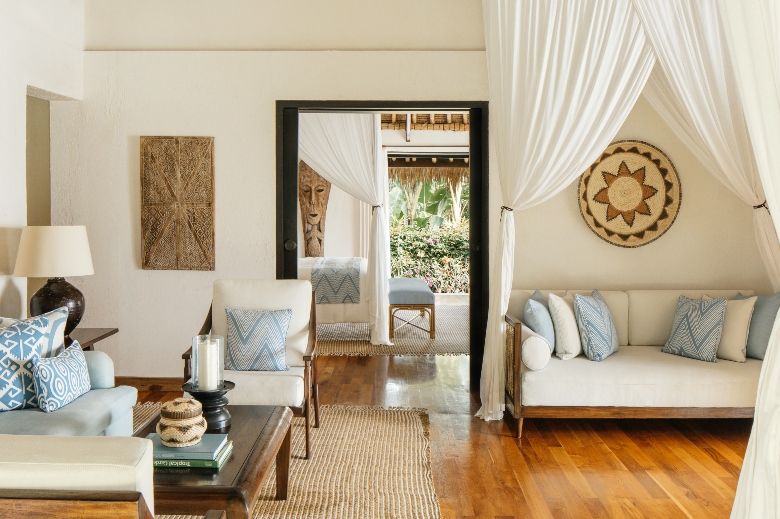 The two Lulu Amahu Villas opening in September 2014 are perfect for families with children as both villas offer adjoining bedrooms. Their setting on the hill has a view extending from ocean to sunset.

Nihi Sumba host many family groups with children and have become adept at taking care of them while the parents are relaxing or taking part in activities. The activities suitable for children, depending on age and ability, include soccer, volleyball, snorkelling, boating, fishing, visiting villages, hiking to the waterfall, mountain biking, exploring the reefs on low tides and collecting fossils and shells. For younger children we have a nice child-friendly swimming pool and board games. We also have painting and drawing supplies, as well as beach toys.

The wonderfully friendly team aim to delight your child by creating memories that last well beyond your stay, with a focus on engaging and immersive experiences that foster a respect for the environment, build upon the adventures of travel, and develop a curiosity for discovery. Watch with a smile as your child explores and grows through a choice of curated experiences. 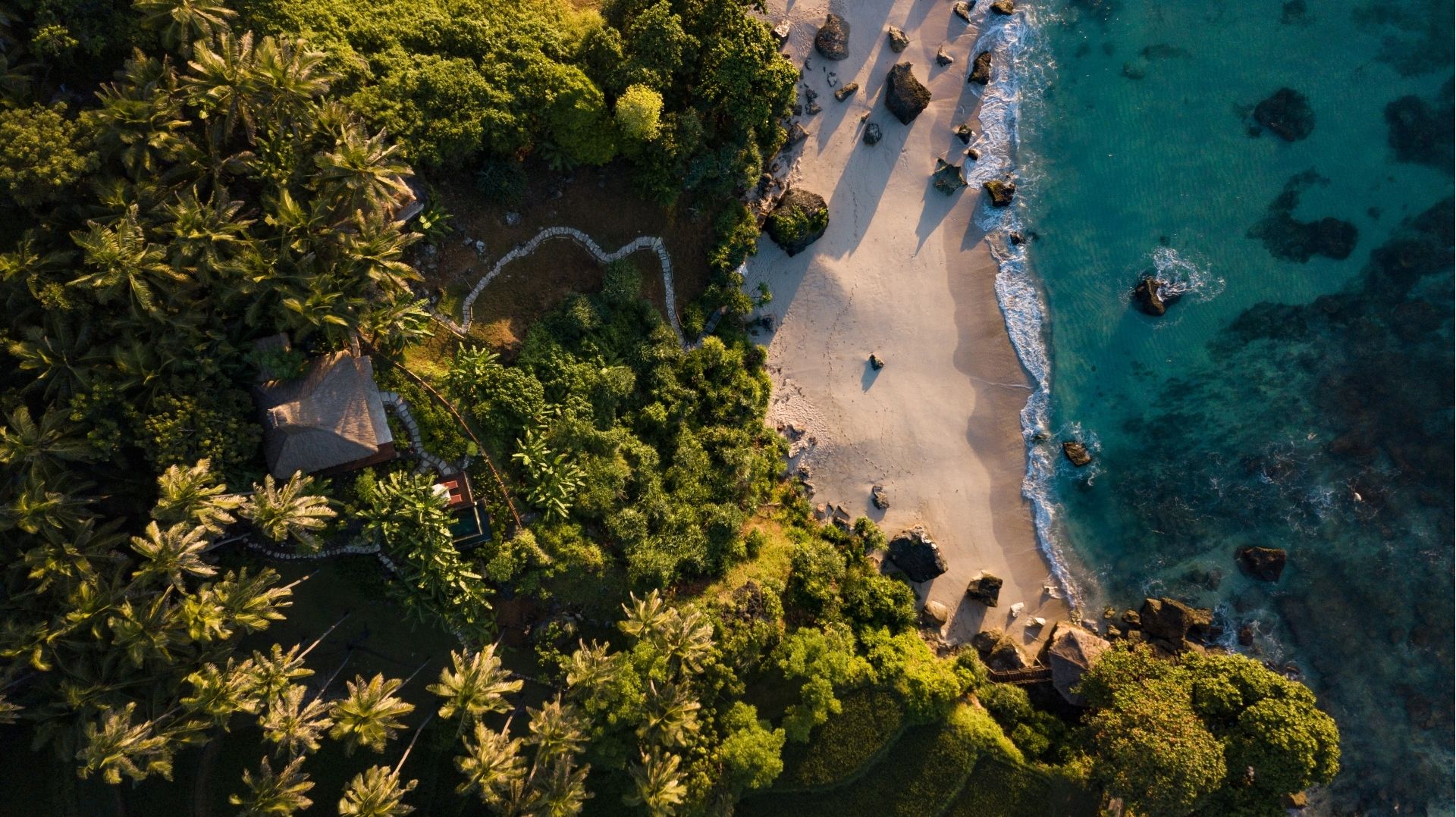 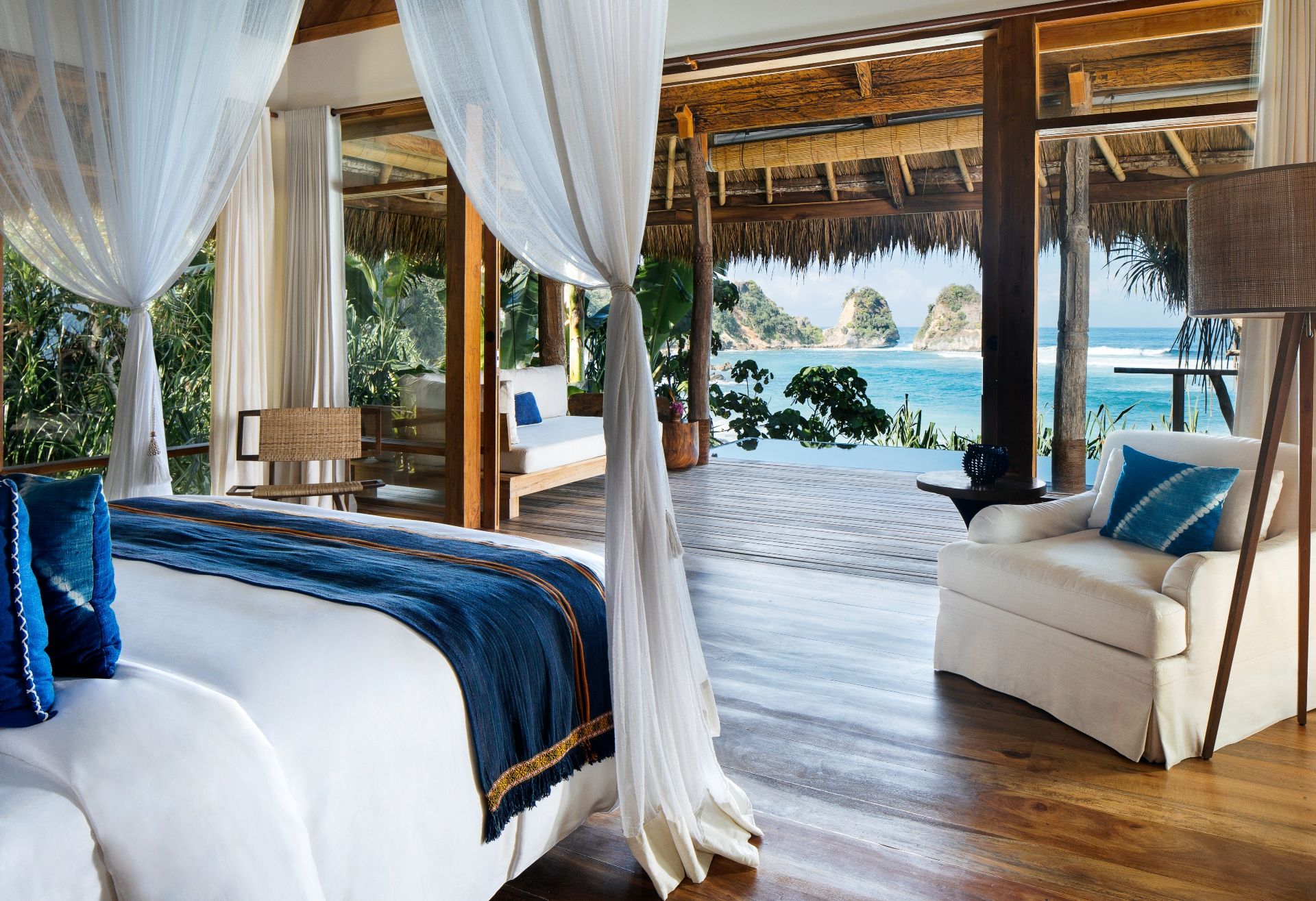 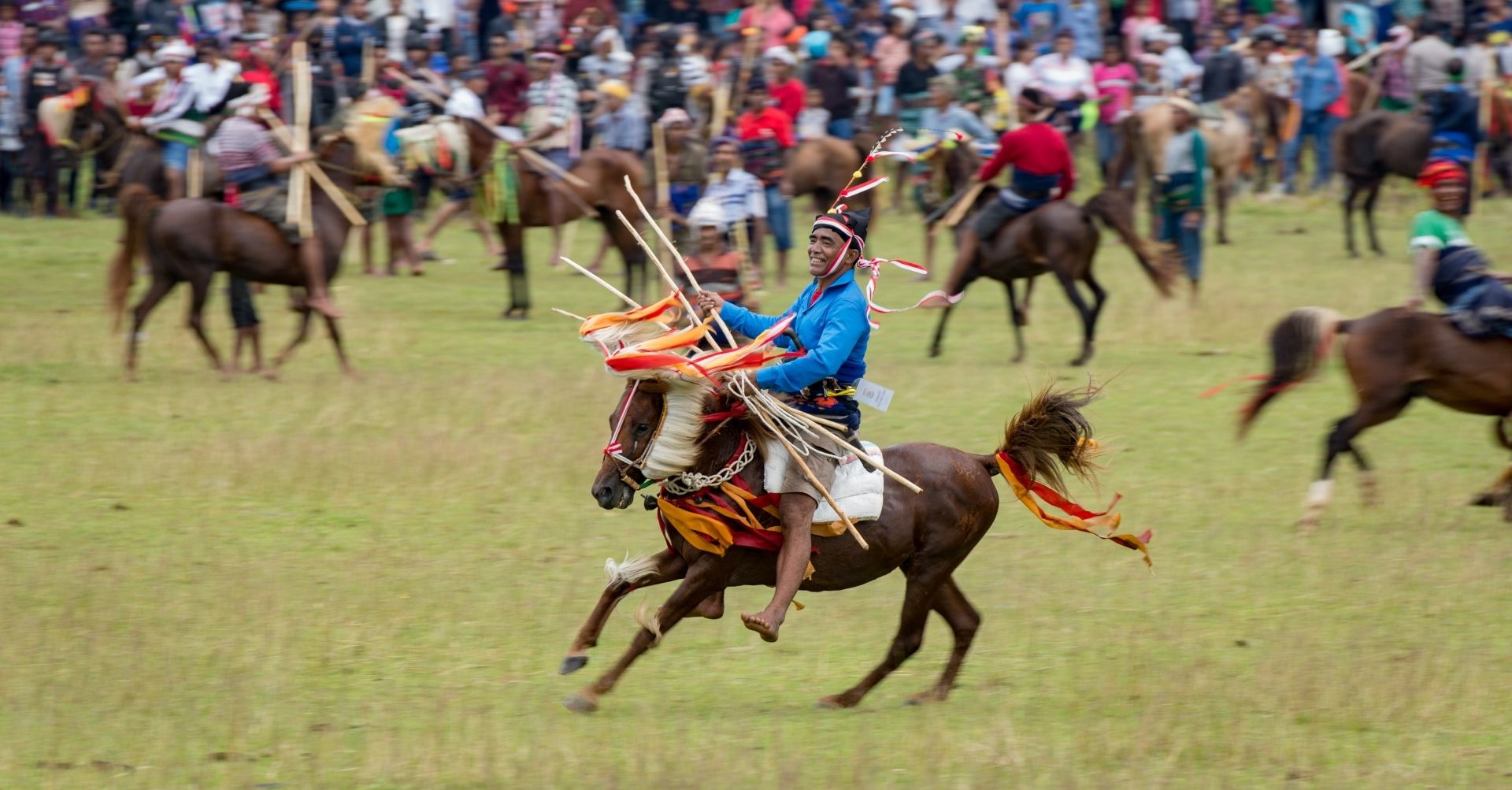 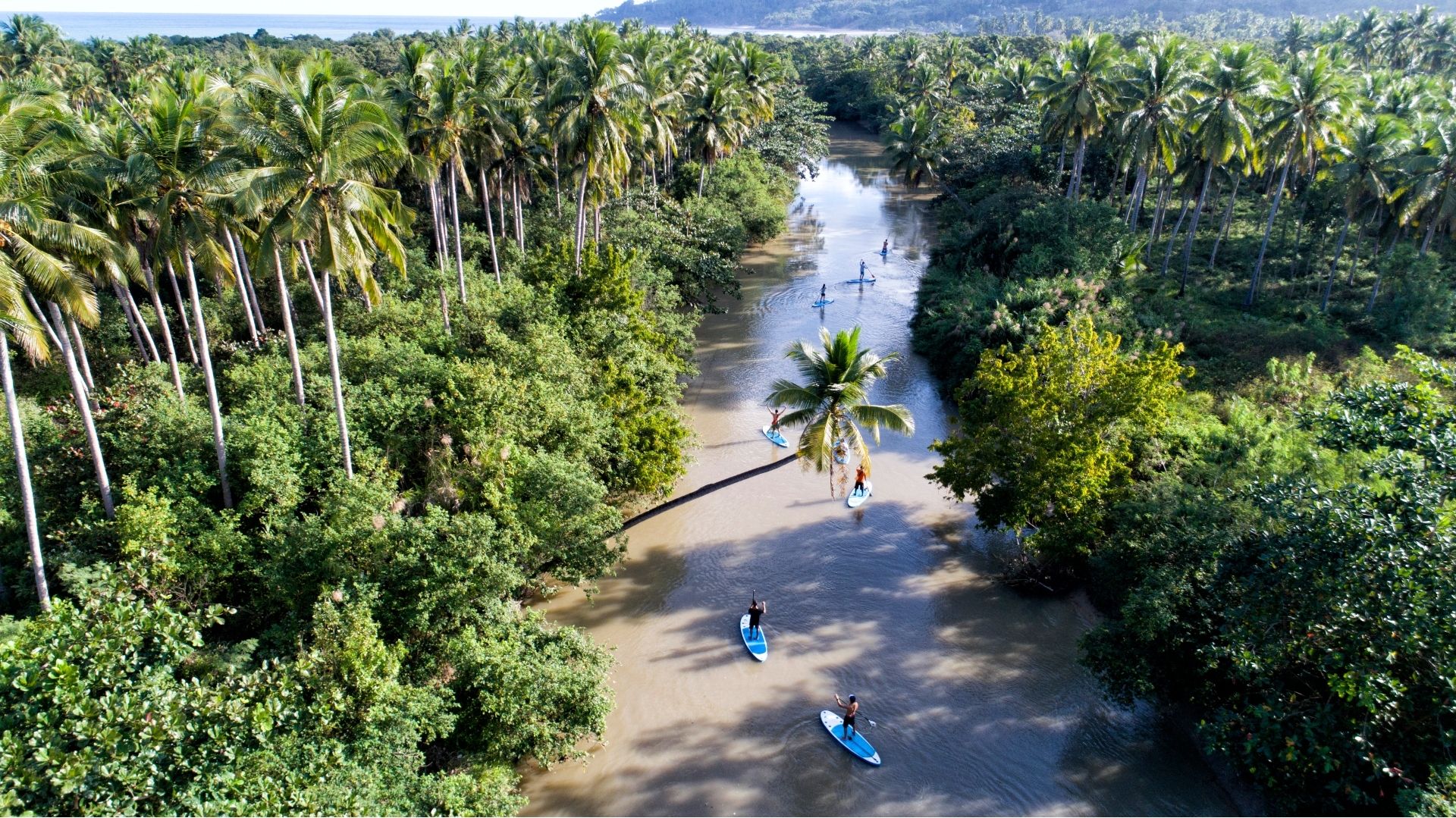 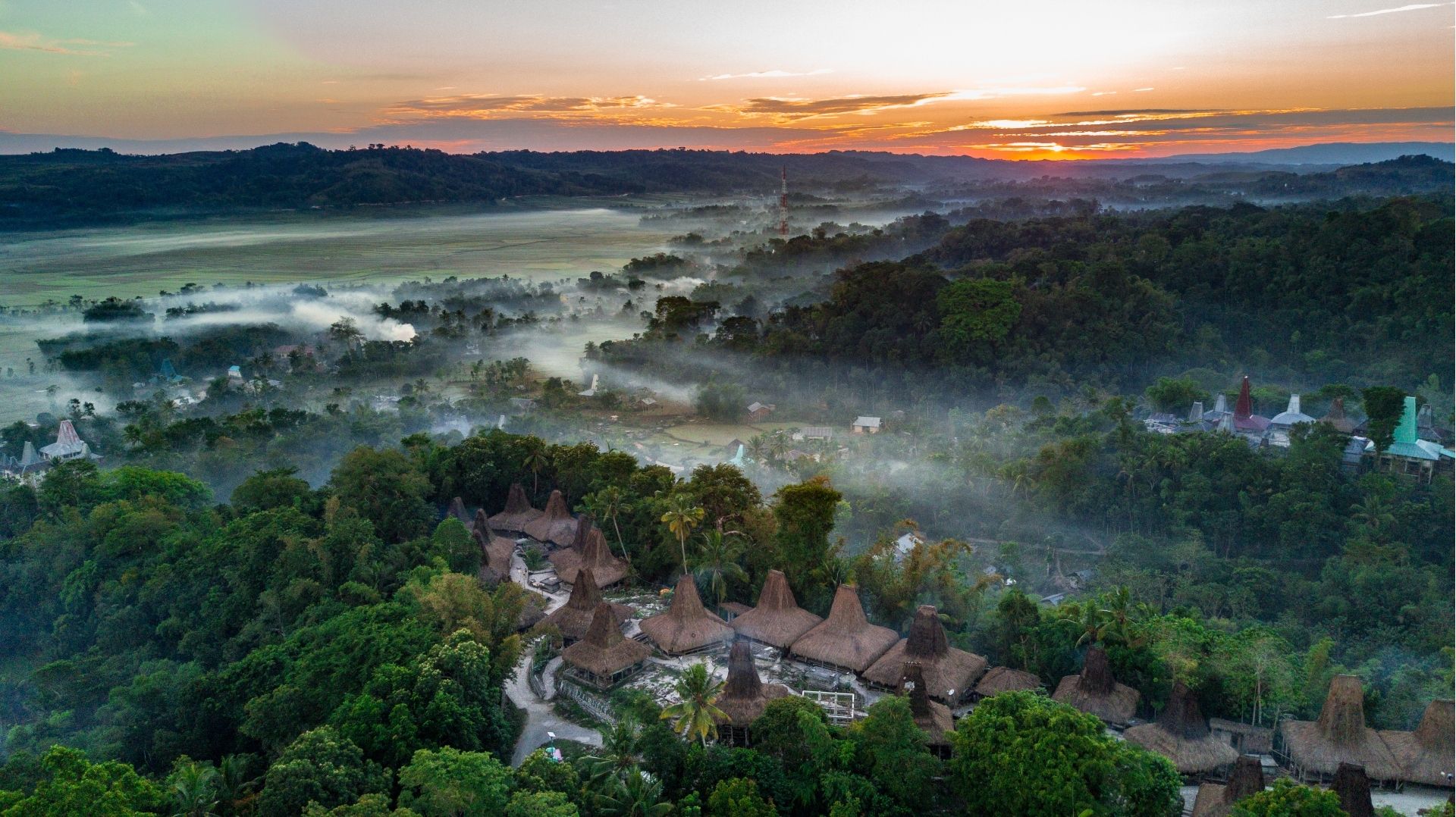 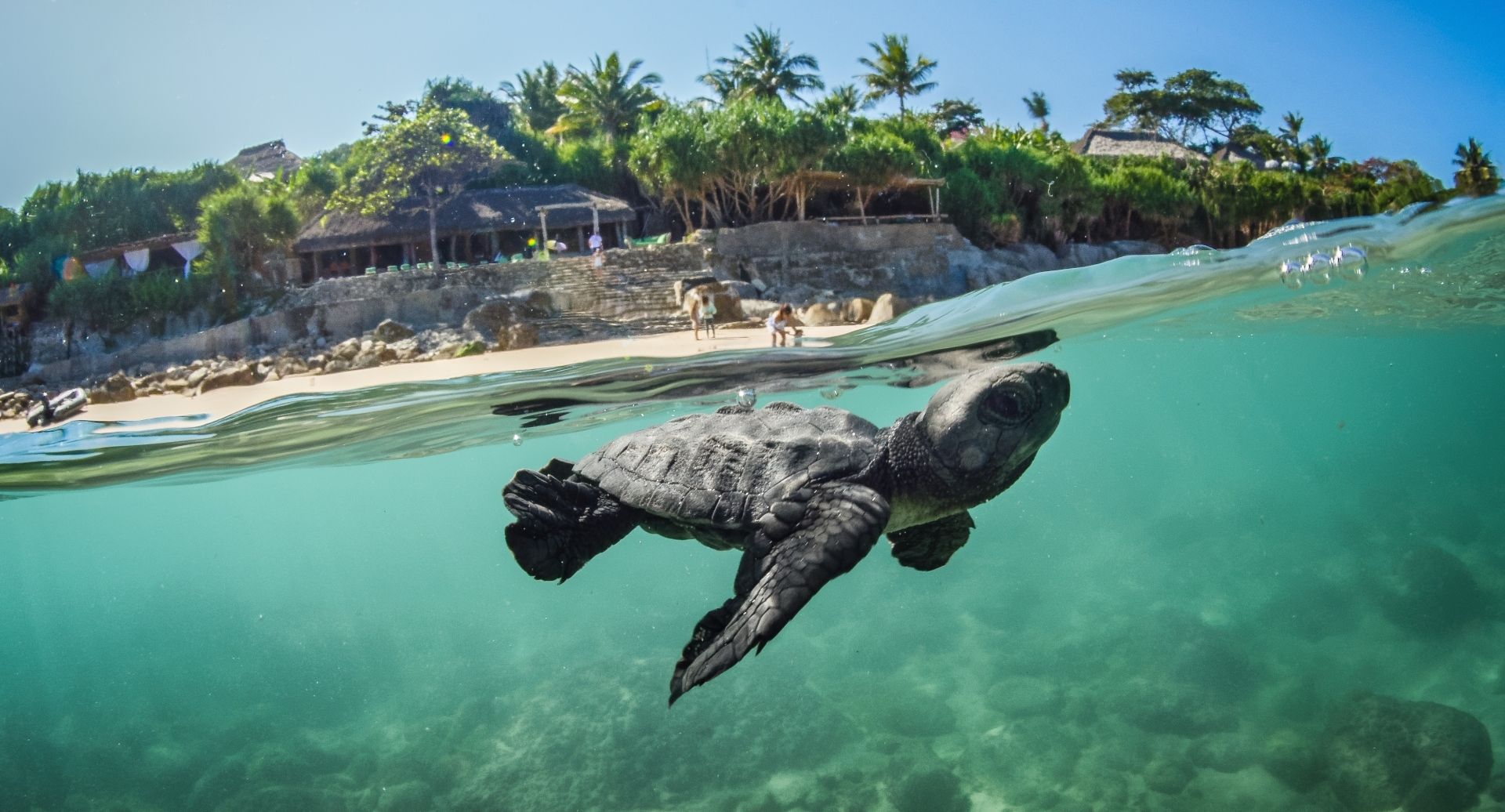 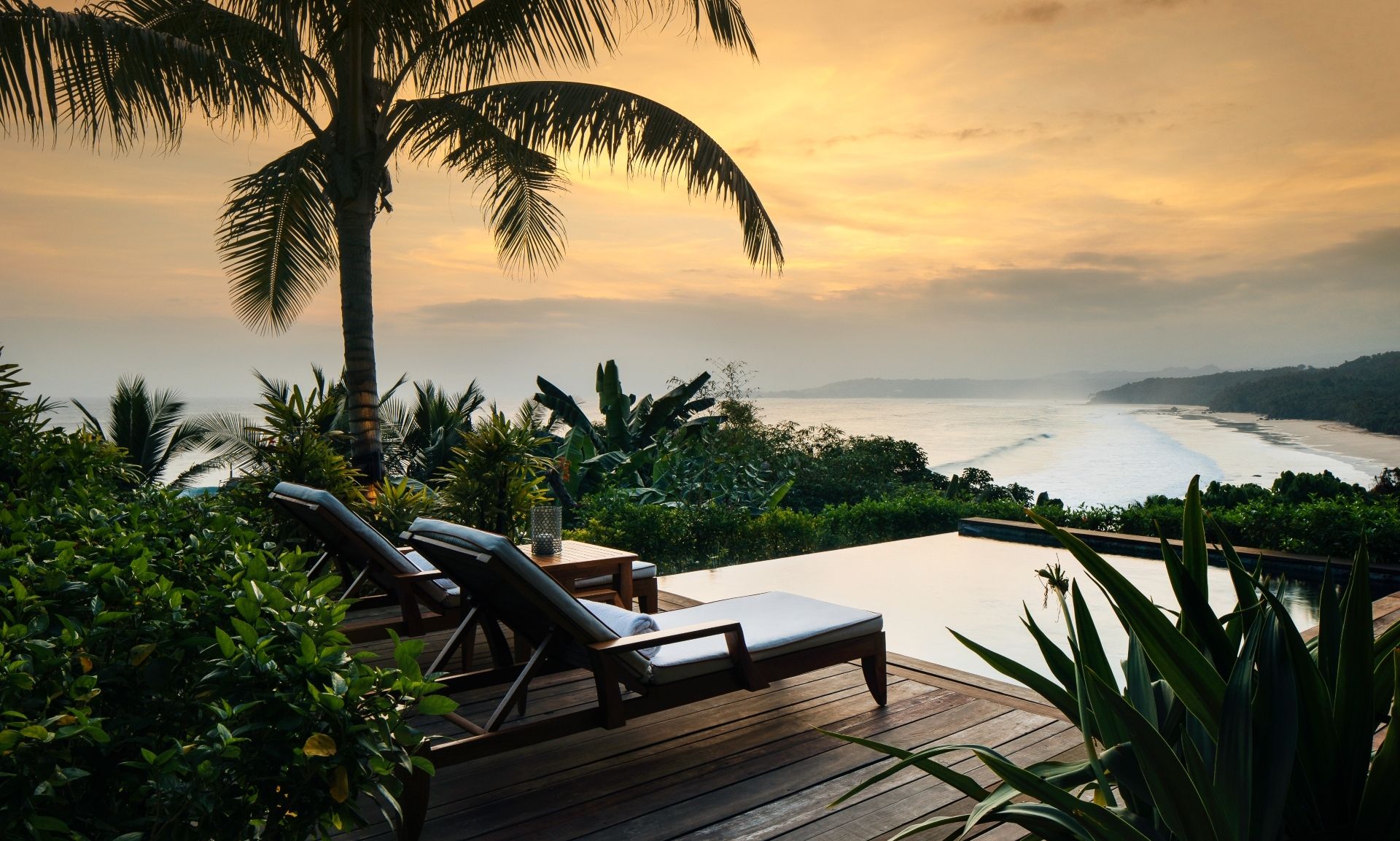 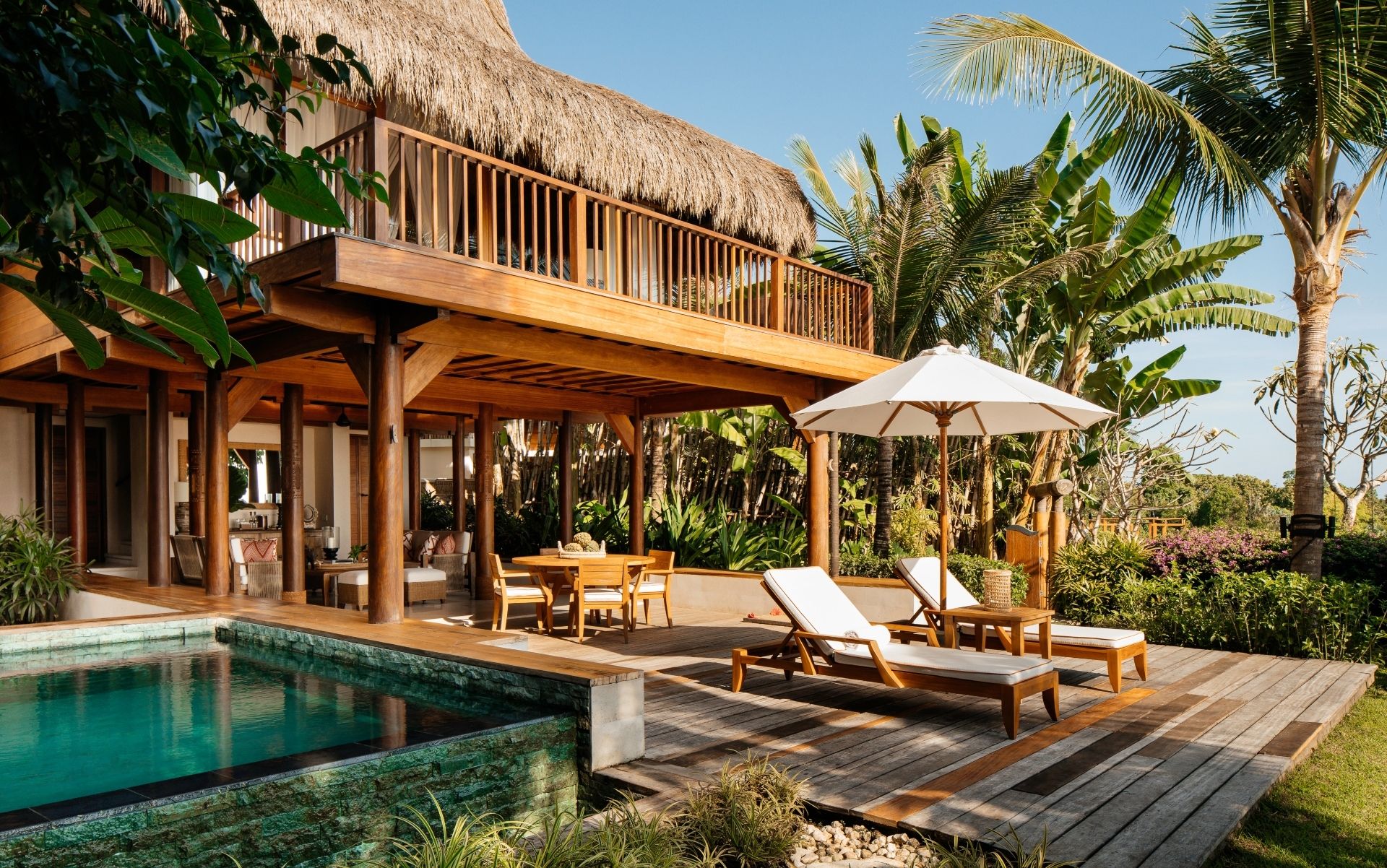 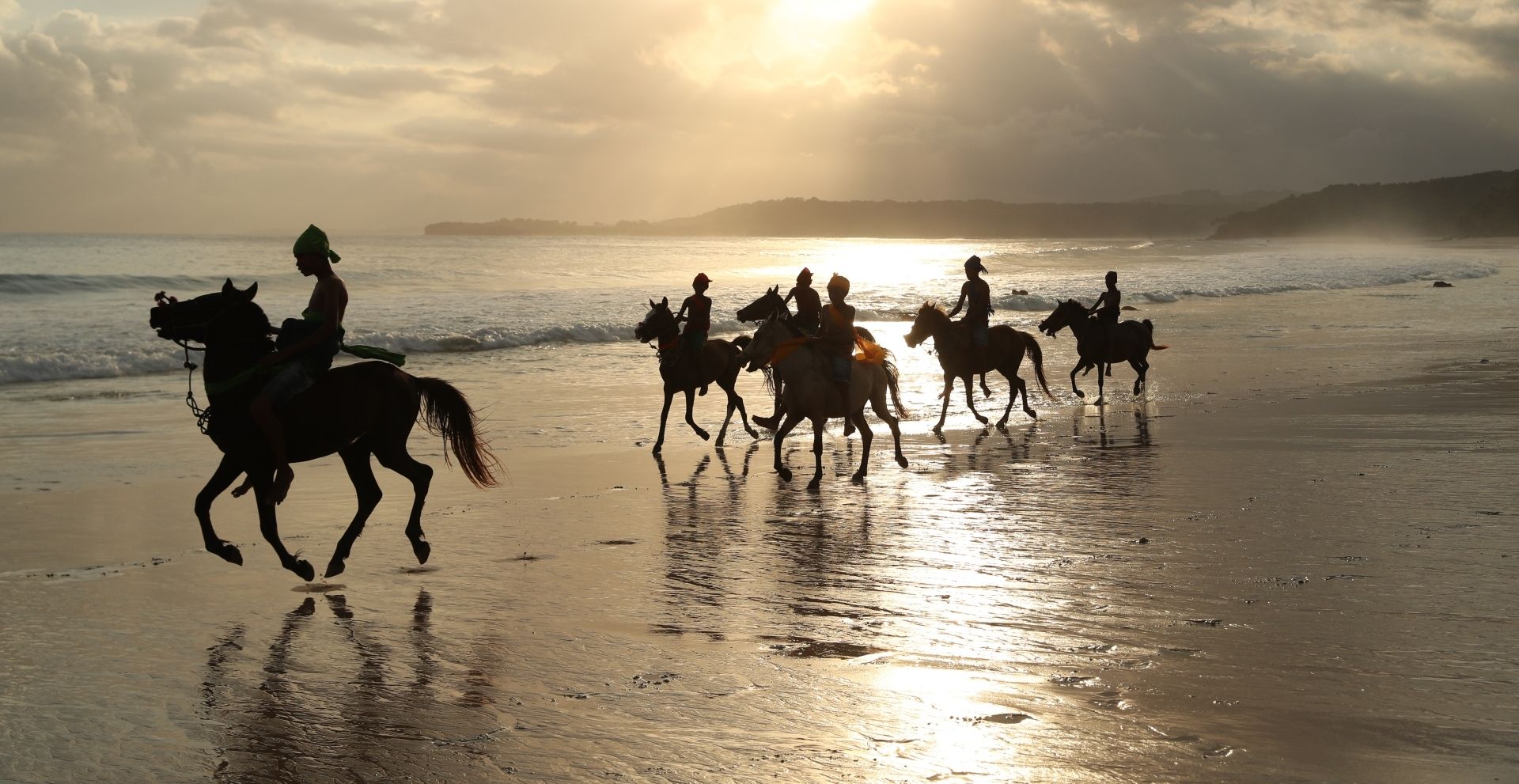 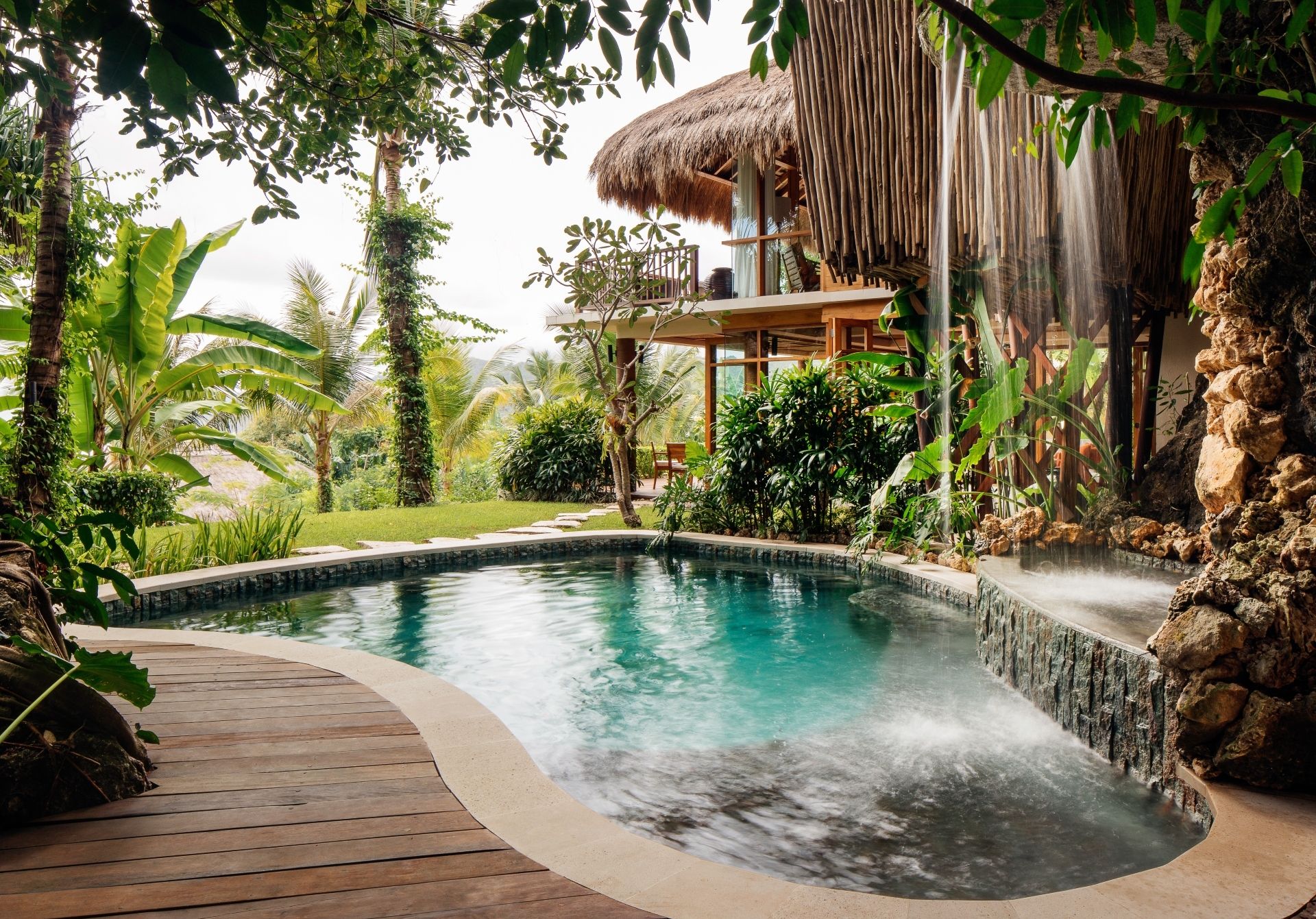 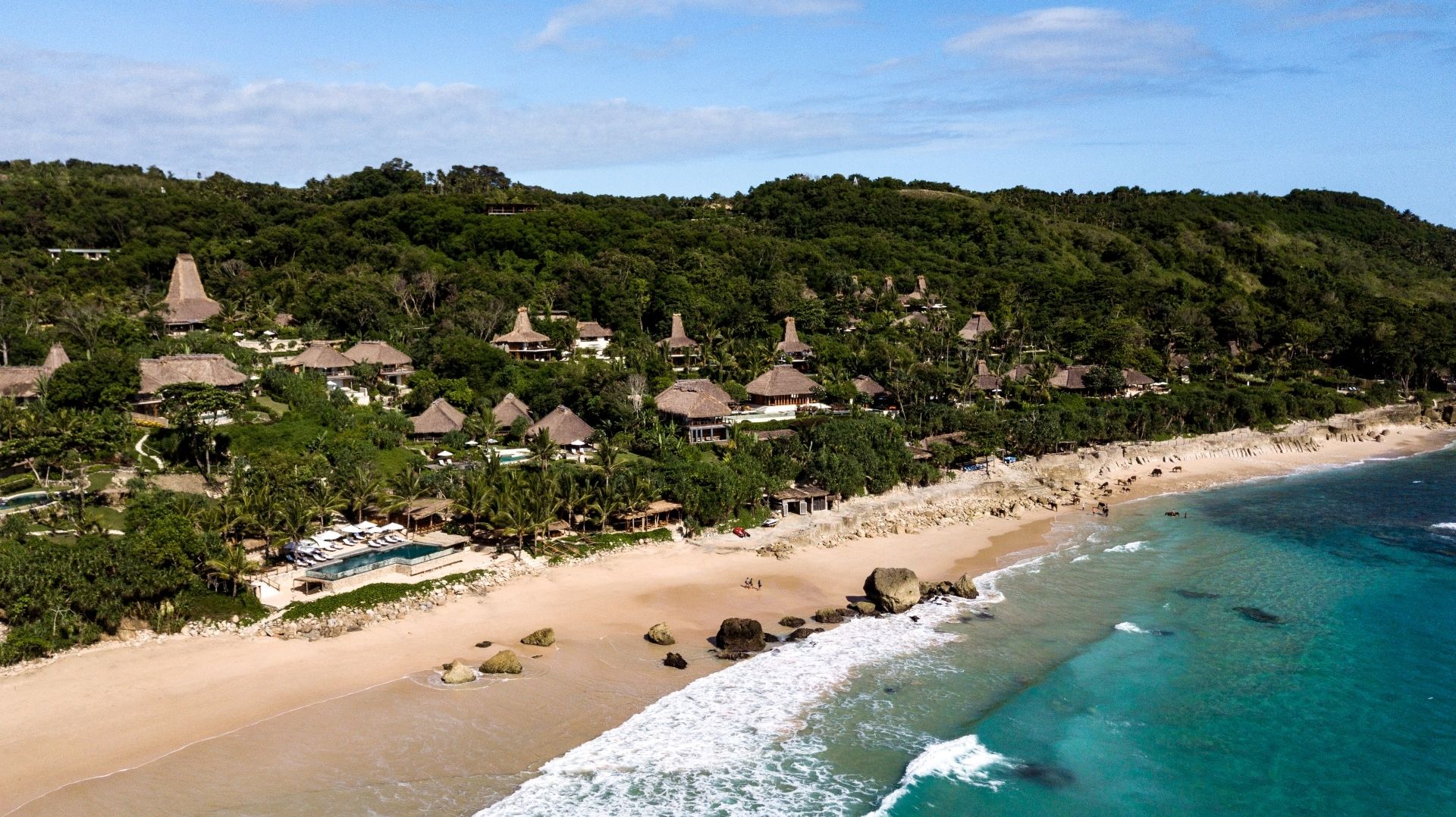 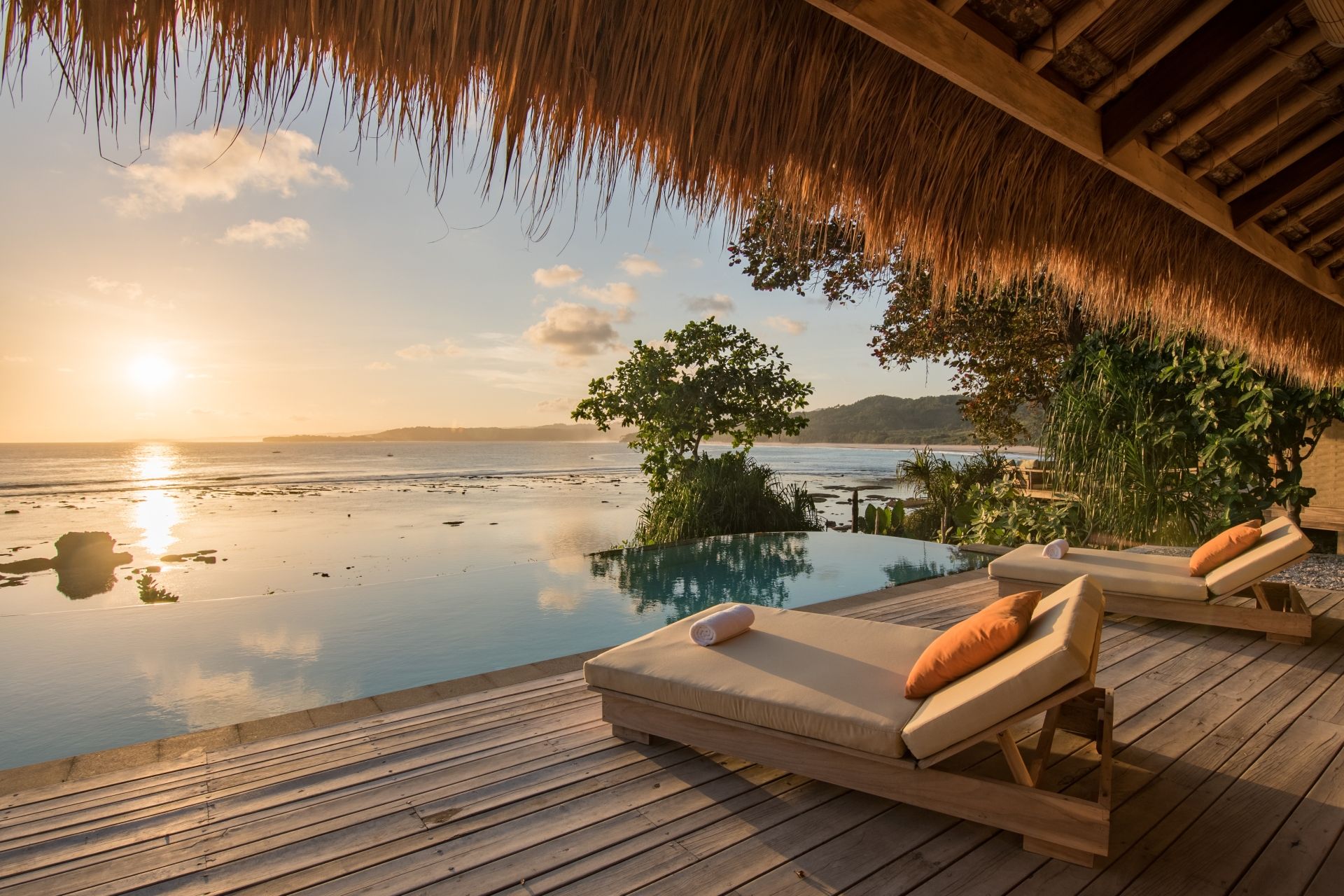